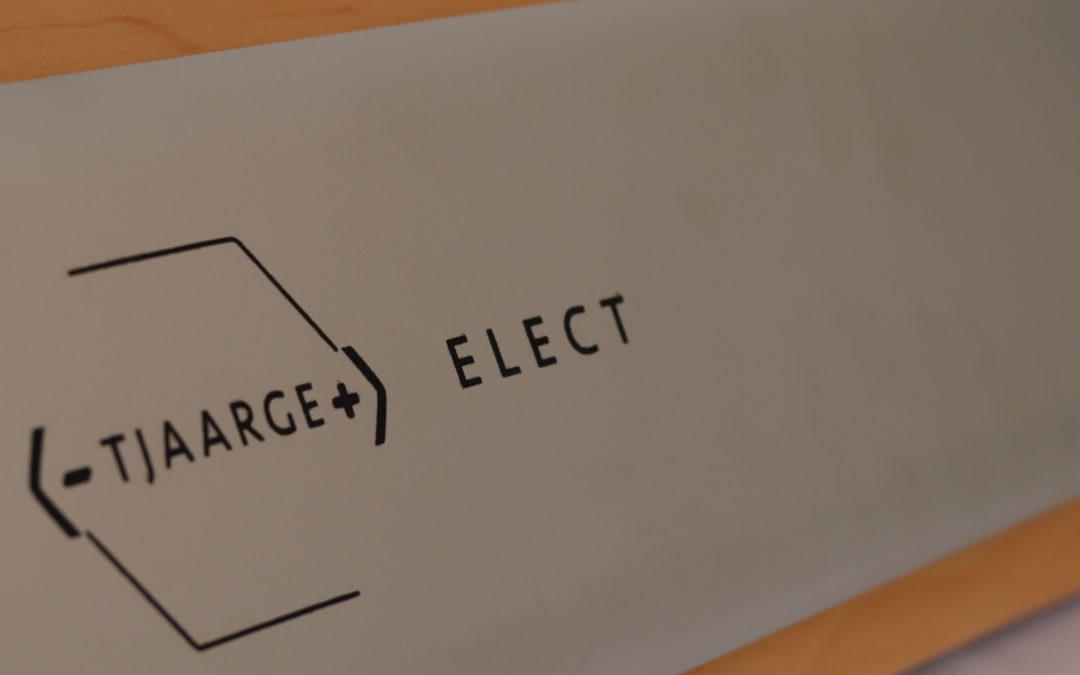 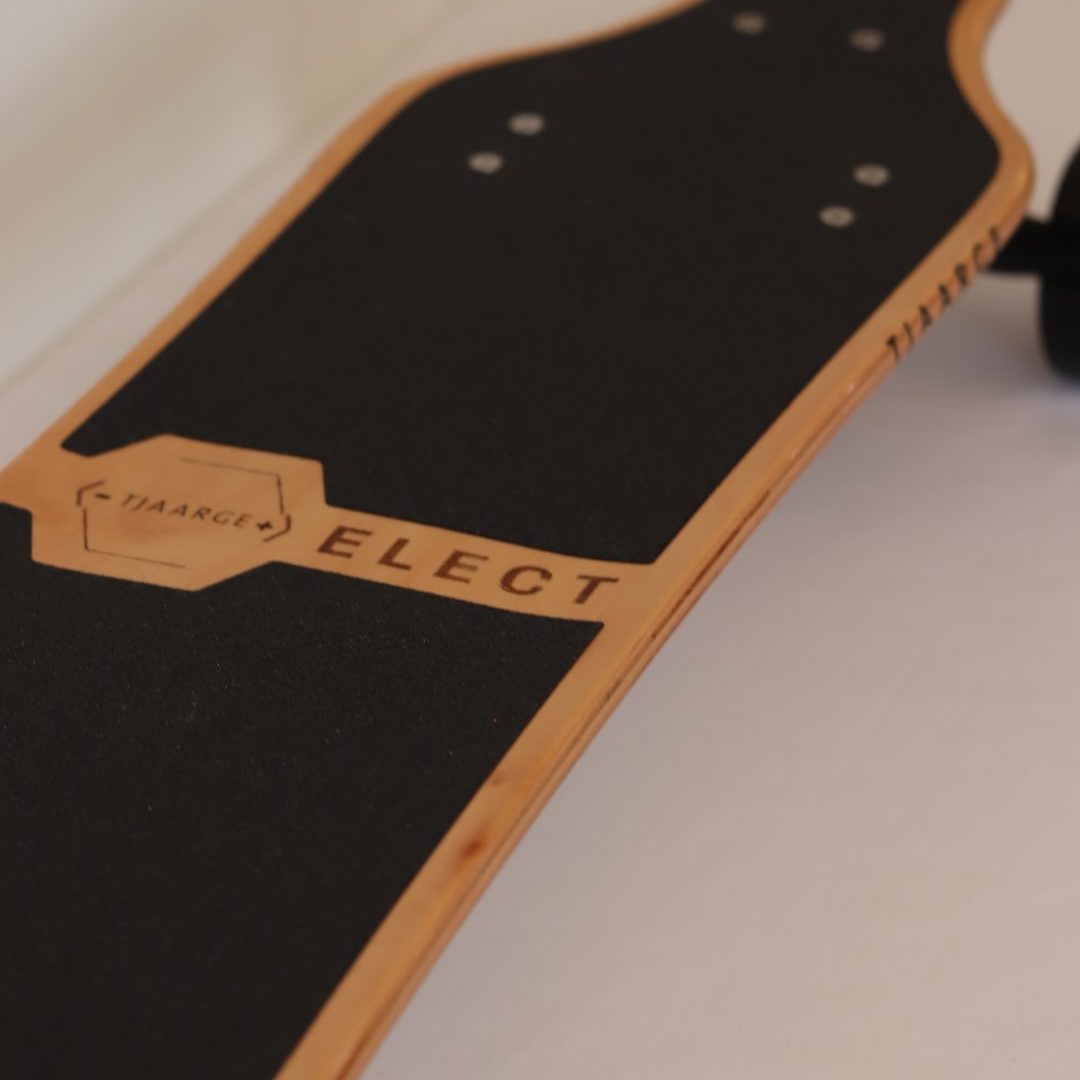 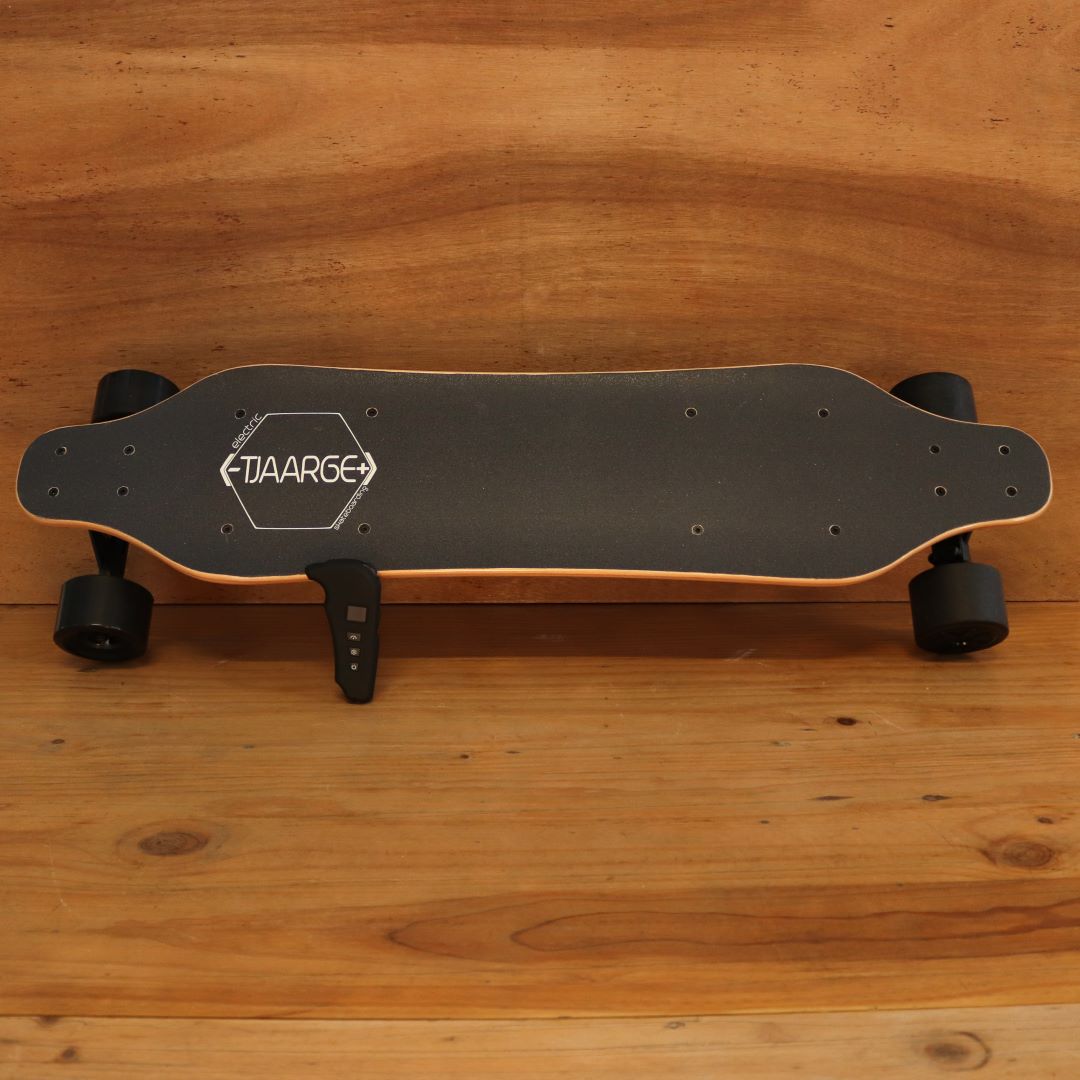 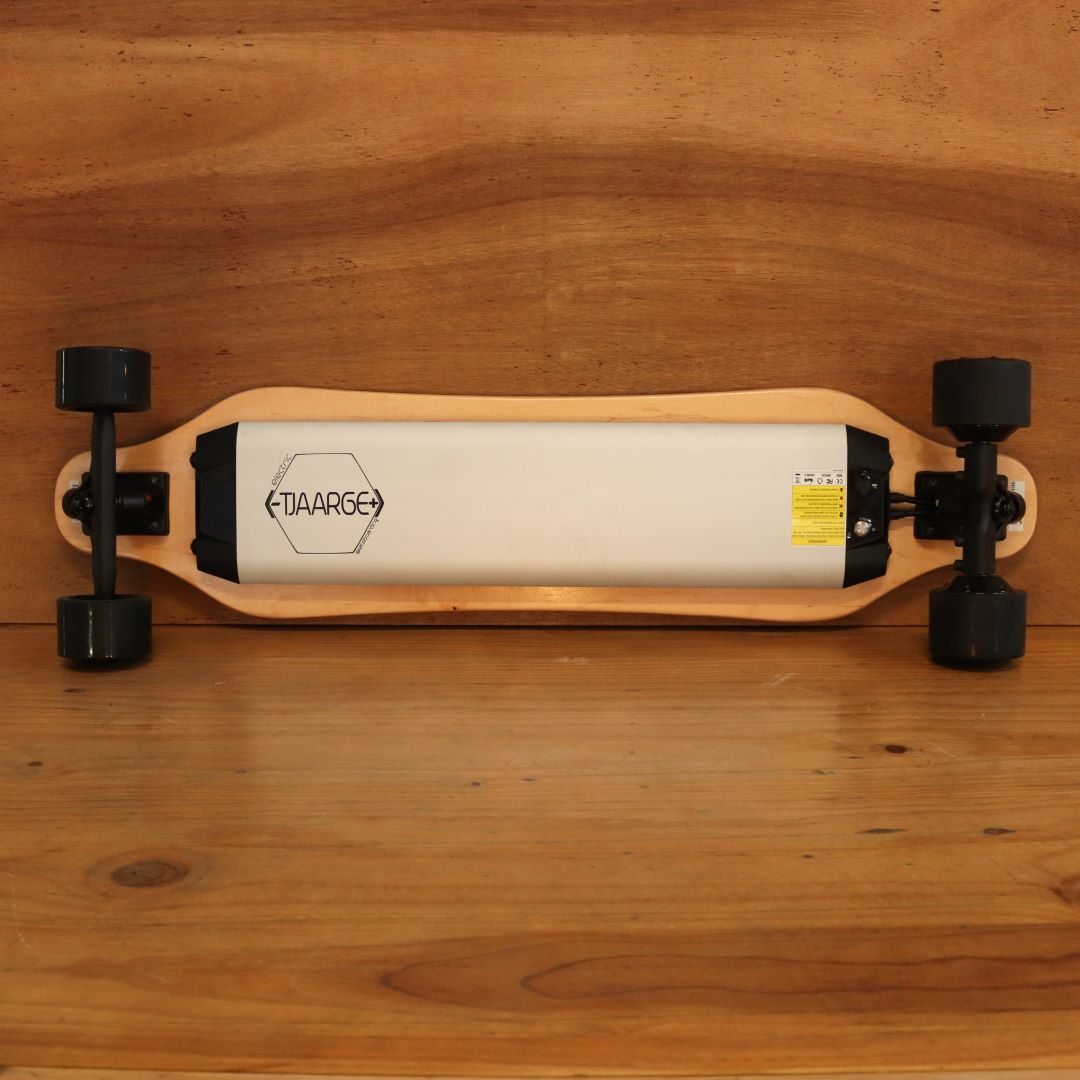 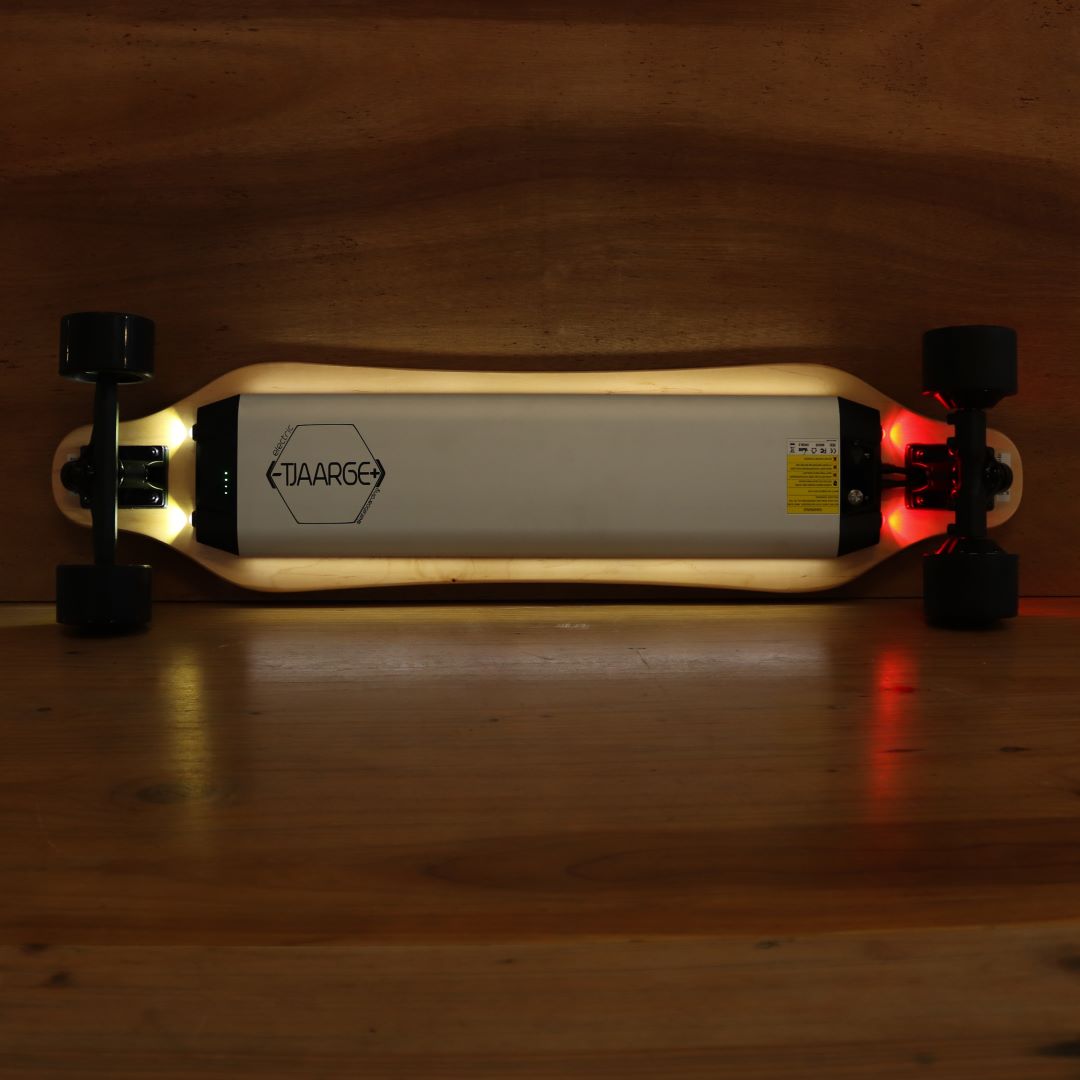 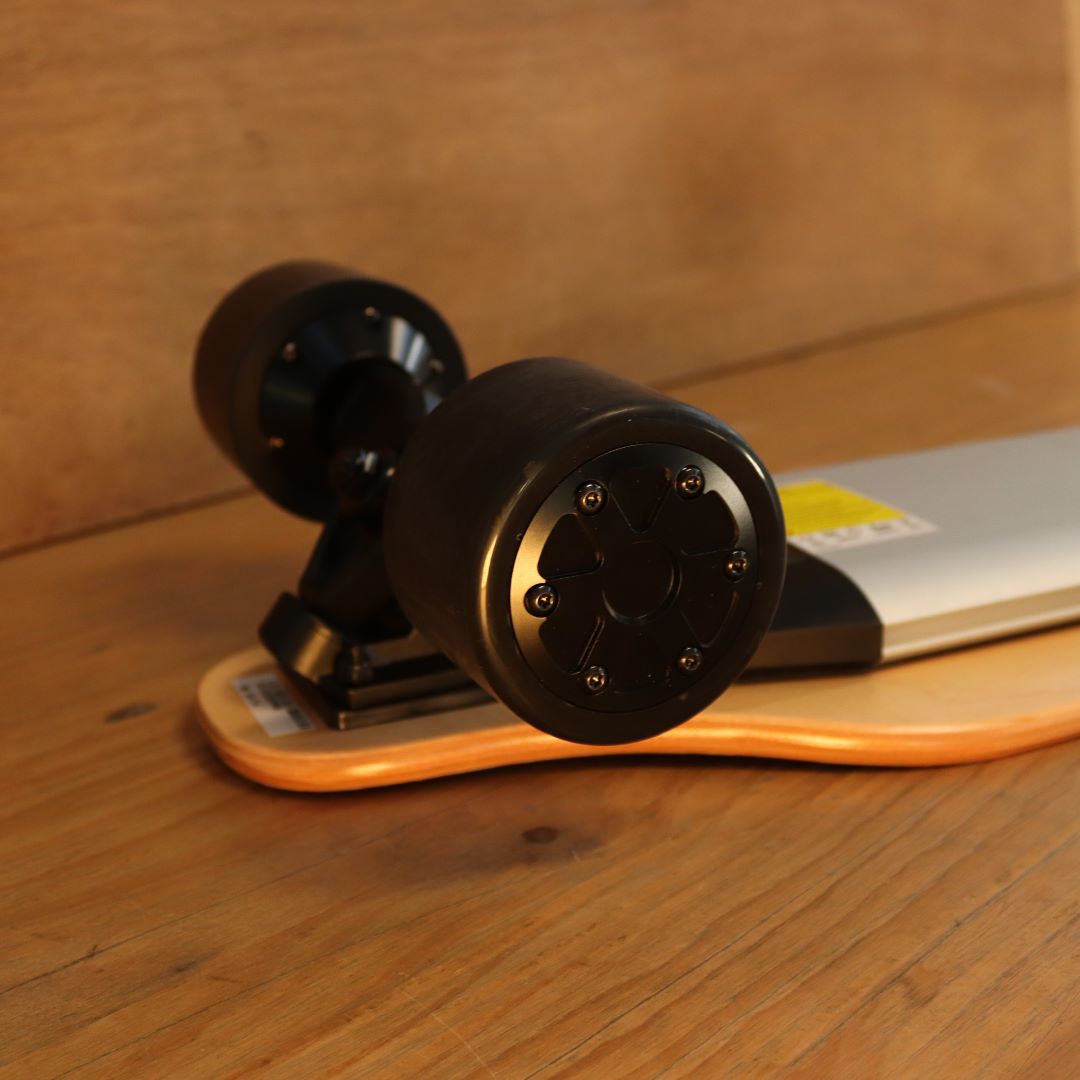 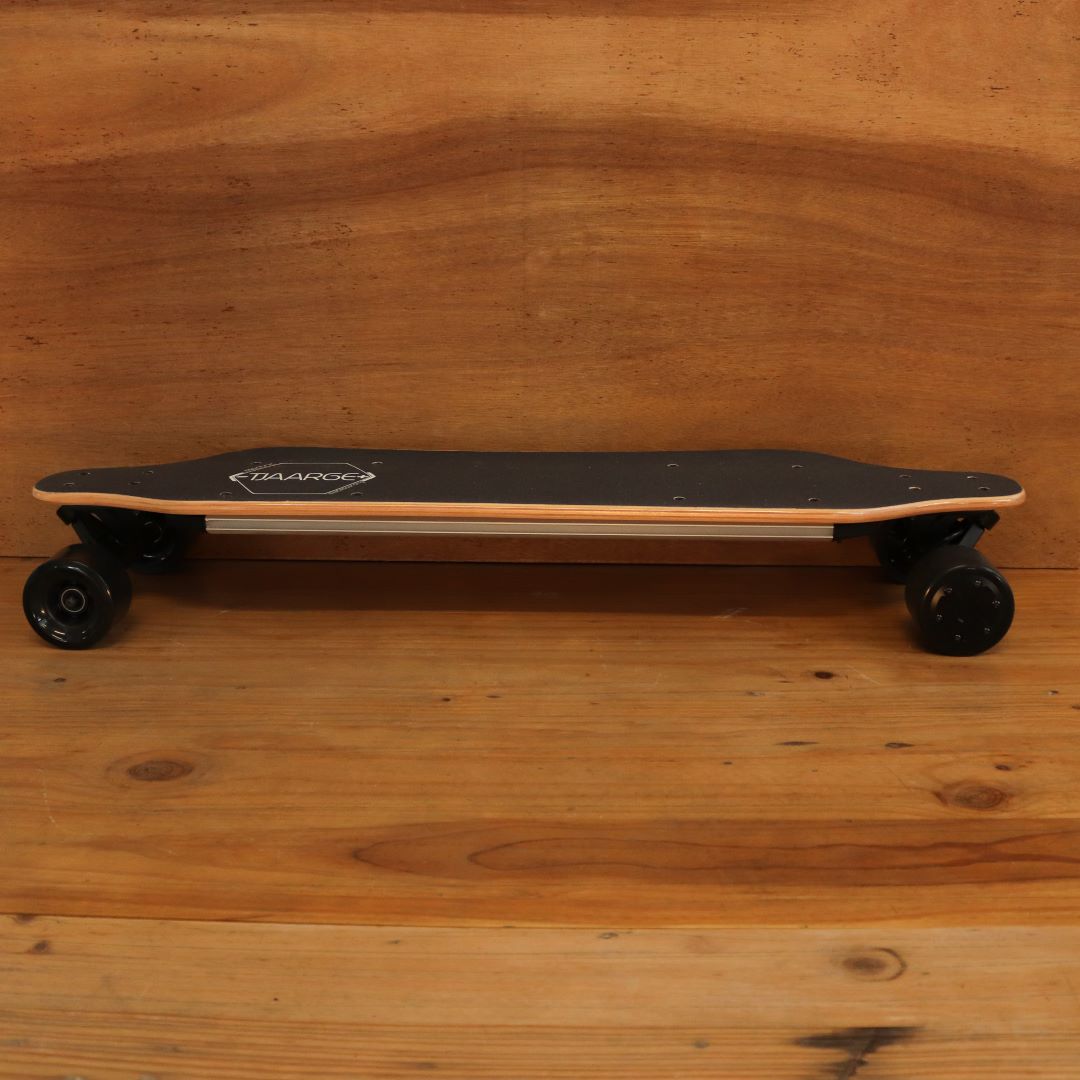 This Dual Hub Motor Electric skateboard is all about Speed, Power and Range while still being affordably priced.

It could reach a speed up to 40km/h and go as far as 20km! It goes without saying that It could propel you uphill really well too.
What will makes this board special is Its underglow lights, its super clean drive train, and the sleek design.

During the the production lifetime of the Tjaarge Elect, we upgraded the remote and control unit that allowed grated freedom with the speed modes and braking intensities, not to mention the added telemetry on the screen. This remote also had a battery that lasts weeks, which can be recharged using a micro-usb cable.

The early models had a 238Wh Lithium ion battery pack made from LG or Samsung cells, however In 2020 we upgraded our lithium ion cell to a higher performing Samsung 30Q, which had more power and capacity. This choice of cell upped the stored power to 324Wh, which is almost a 40% increase!

The powertrain consists of 2x 83mm hub motors which have a max power output of 300W each. These motors are super silent and have the cool feature of a removable Polyurethane tread. So, Send us a message if you would like to replace your motor treads- we’ll help you!

On top of it’s reverse kingpin trucks Is a maple deck with a gentle double concave shape. Later models featured new styling, which included inset griptape, a Tjaarge signature on the rail and laser engraved branding which could be personalised with your graphic of choice.

We have since followed up on this design with the Tjaarge Elect R2. Check it out!!

You forgot to select your pick up point!
Remember, we have pick up locations throughout the country, just pick one!

Open chat
1
Powered by
Hey There, any questions? We're here to help!